Here are images of my recent project at the ‘Niigata Soil and Water Art Triennial 2012′ in north west Japan. The process entailed the creation of two thatched structures on specially built ponds. This piece can be viewed as a meditation on Japanese traditional landscape painting with the thatched roofs resembling mountains and the upper structures representing shrines in the clouds. Another way to view this piece is to see the upper structures as spirits visiting the corpse represented by the fire under the mountain: the first five are passing over the fire while the next three characters are approaching the dead. The opening event and the performances were lit by fires on the water and candles hanging within the structures. Kiro Uehara San and Kinu Watanabe San performed. This project was made possible by Niigata City, the community of Fukui who were so supportive of the work and Culture Ireland. 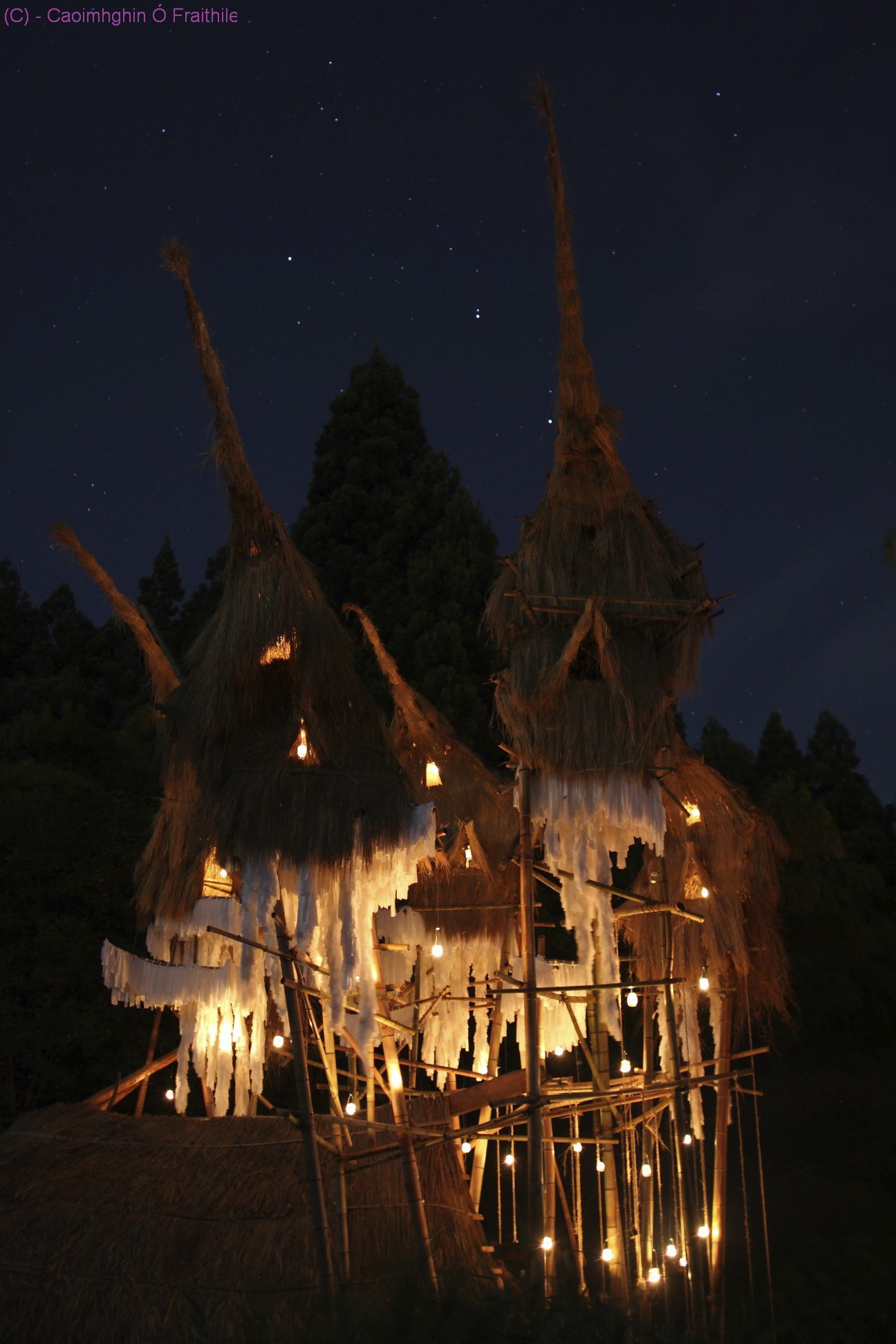 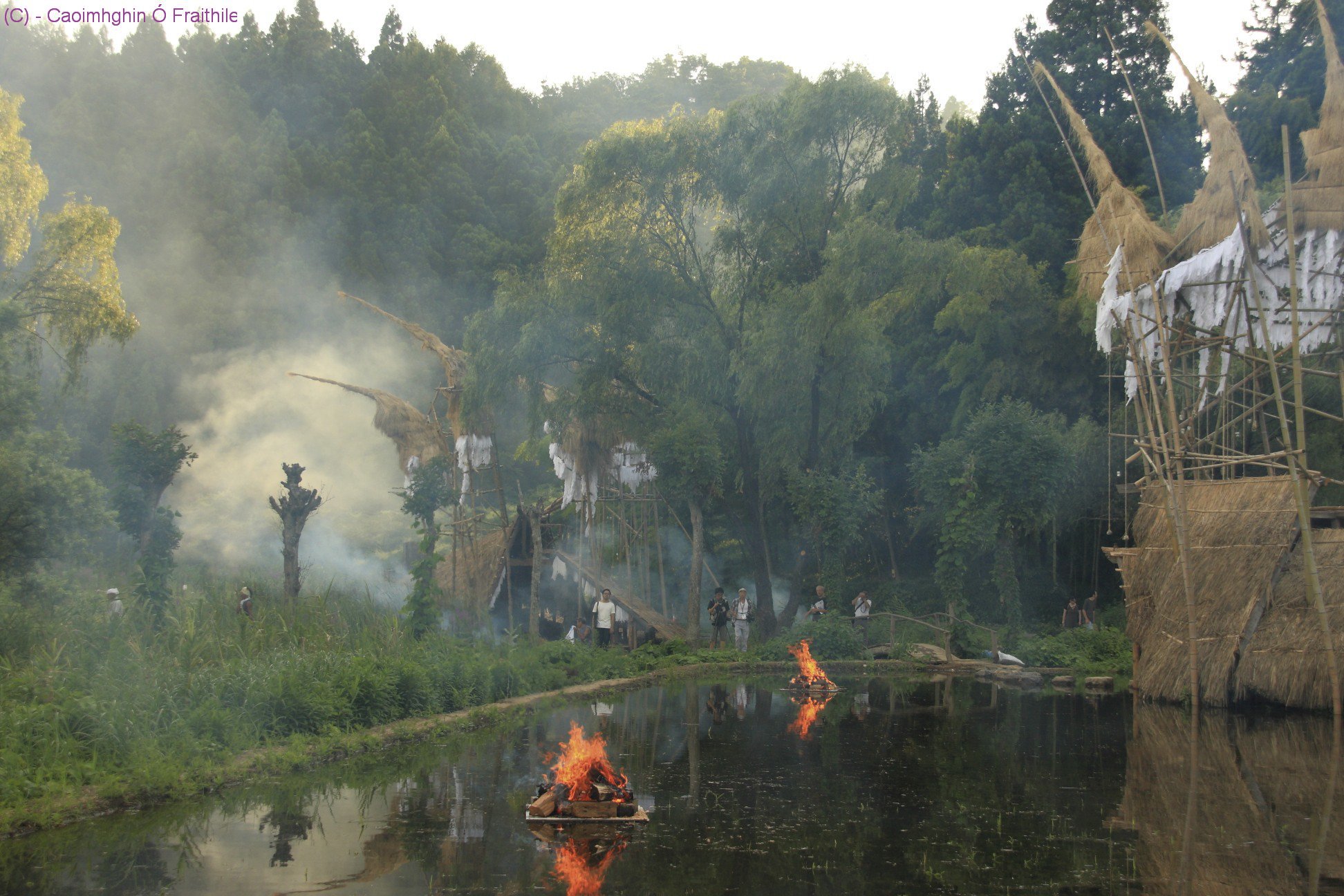 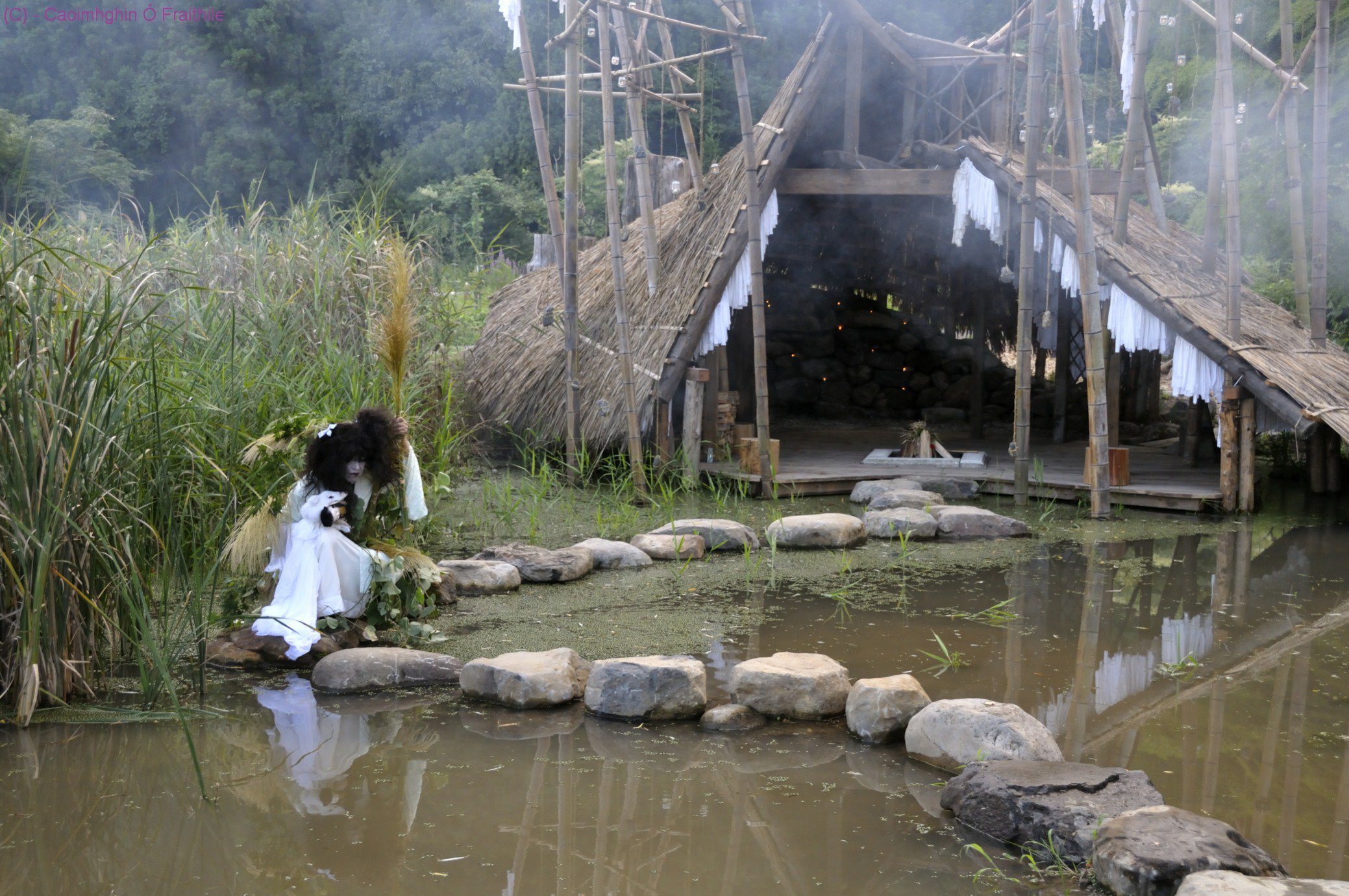 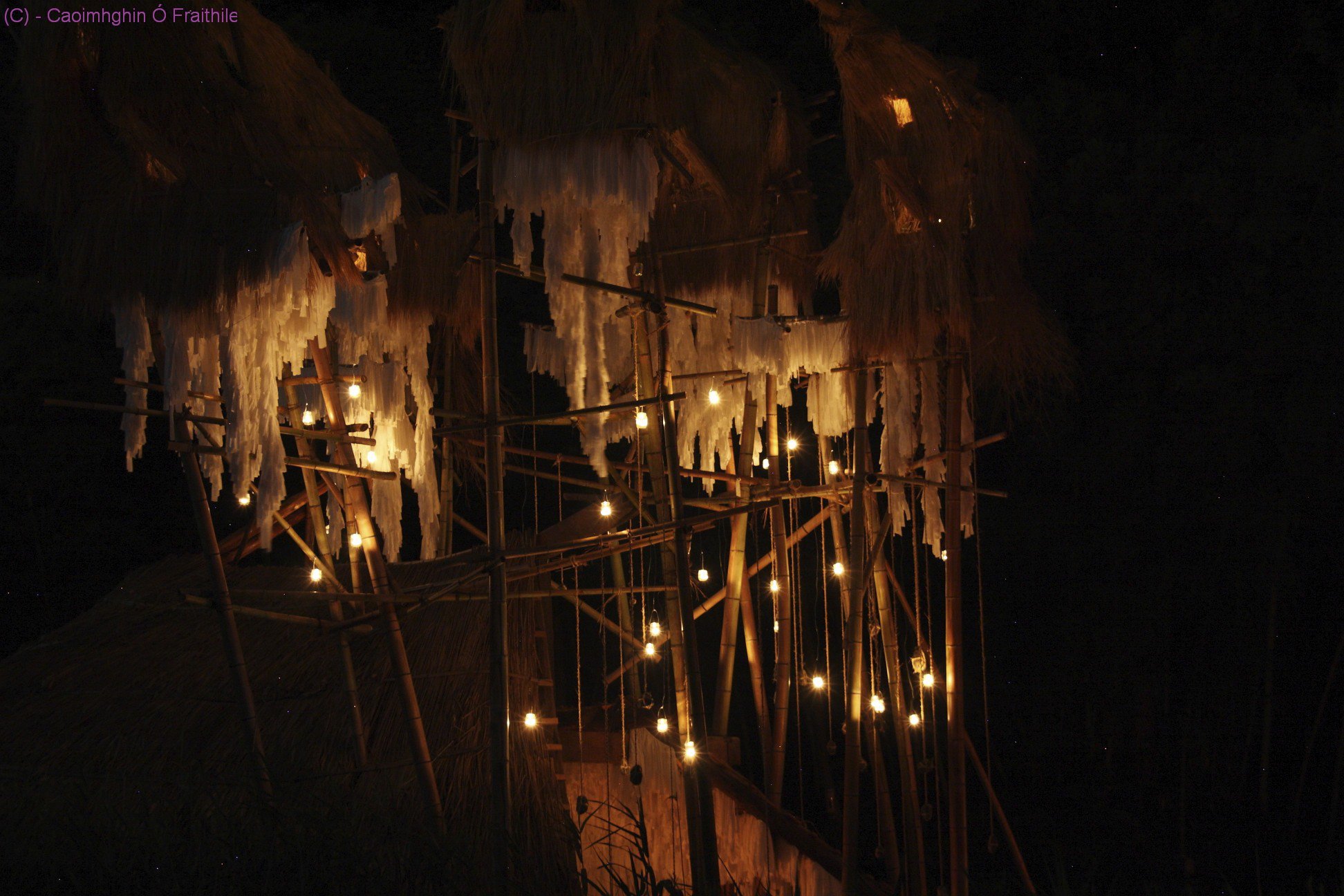 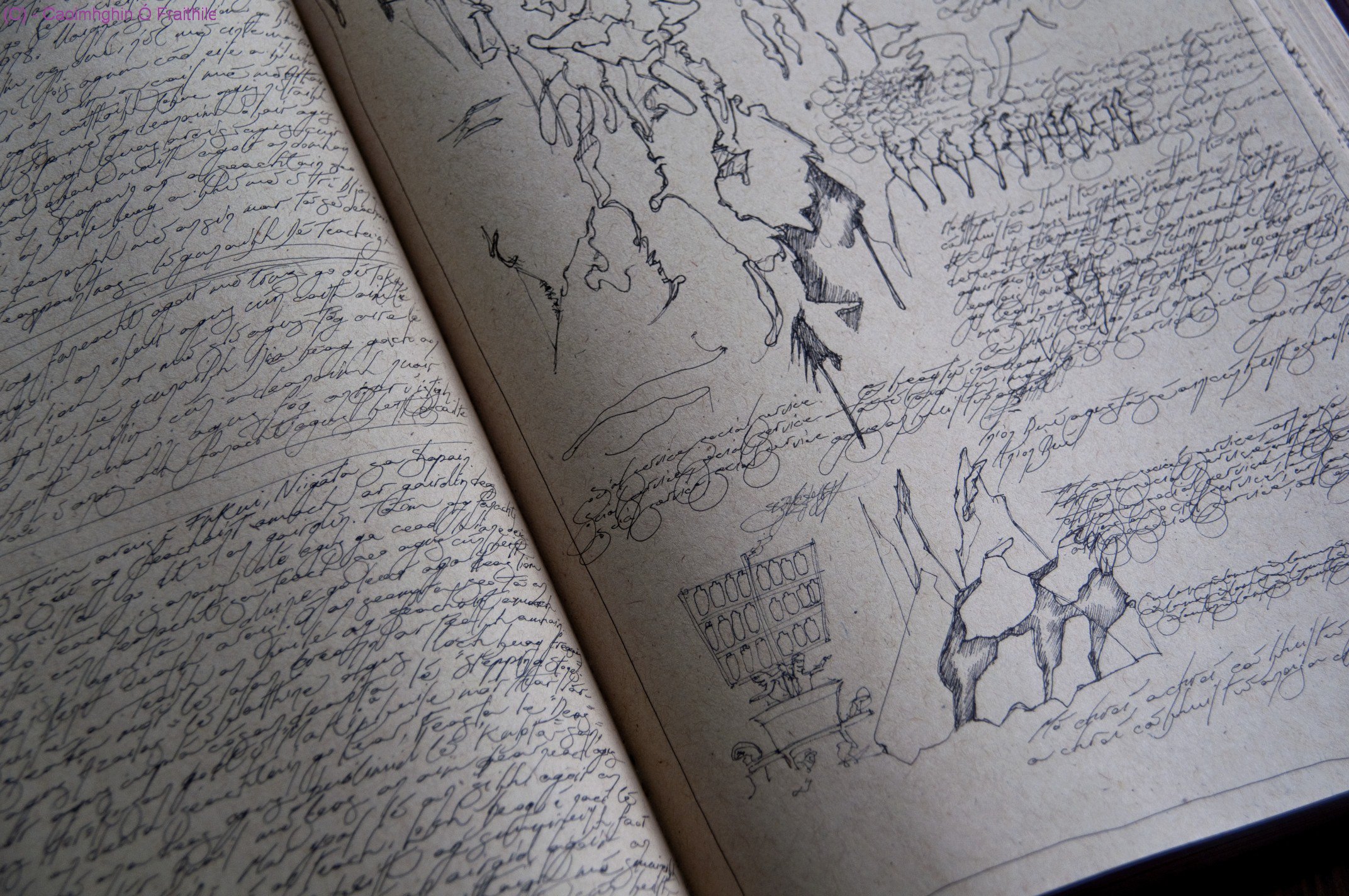 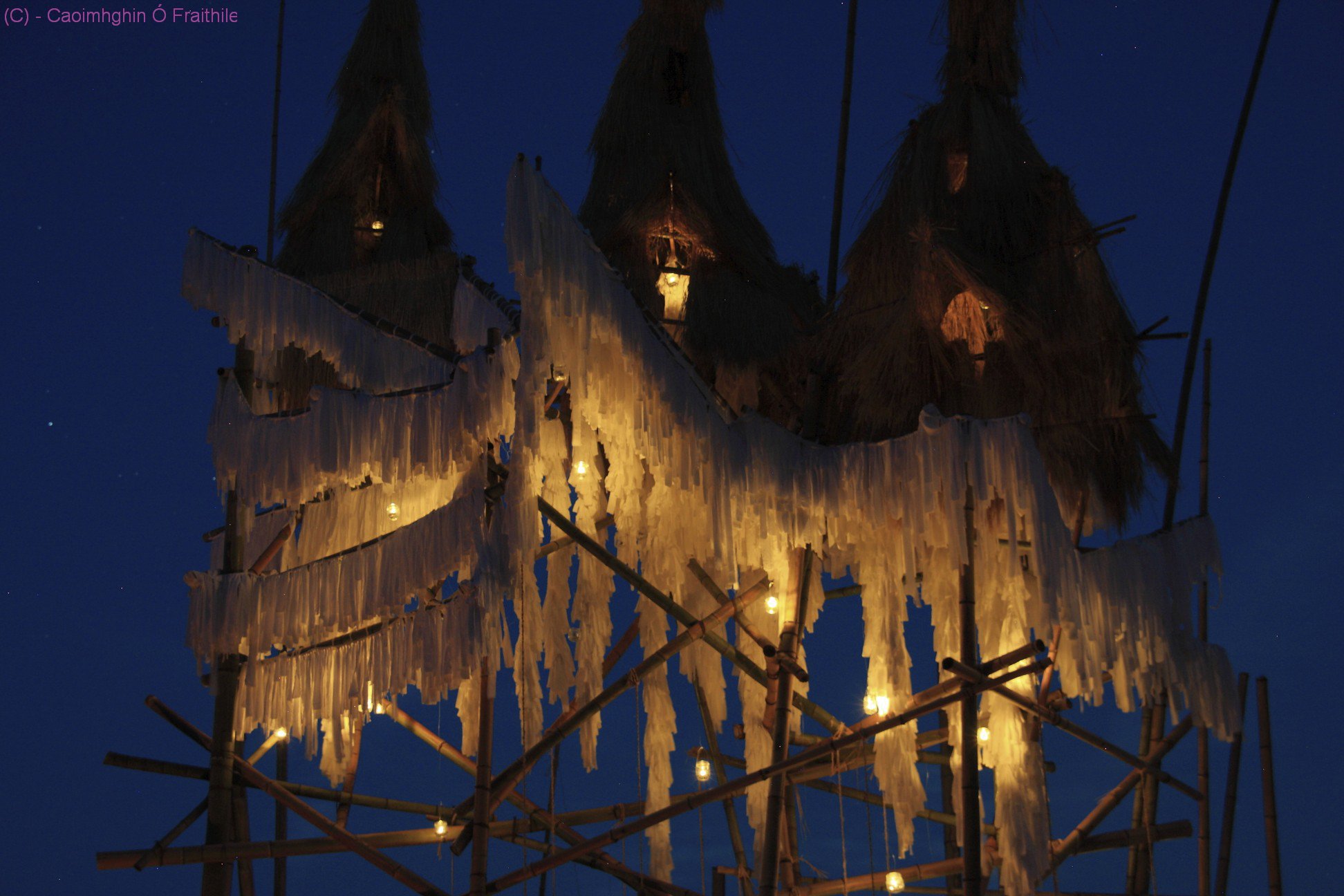 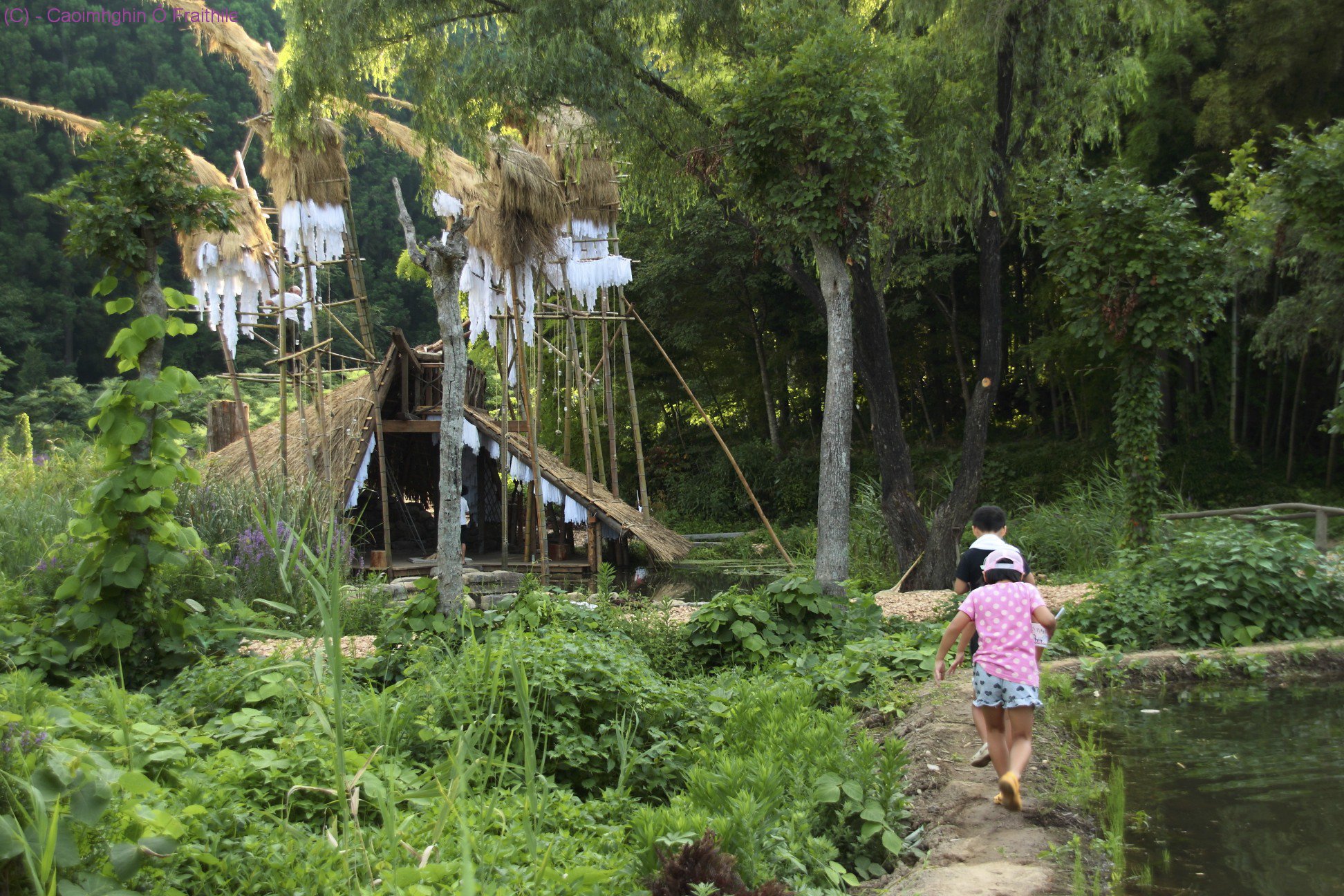 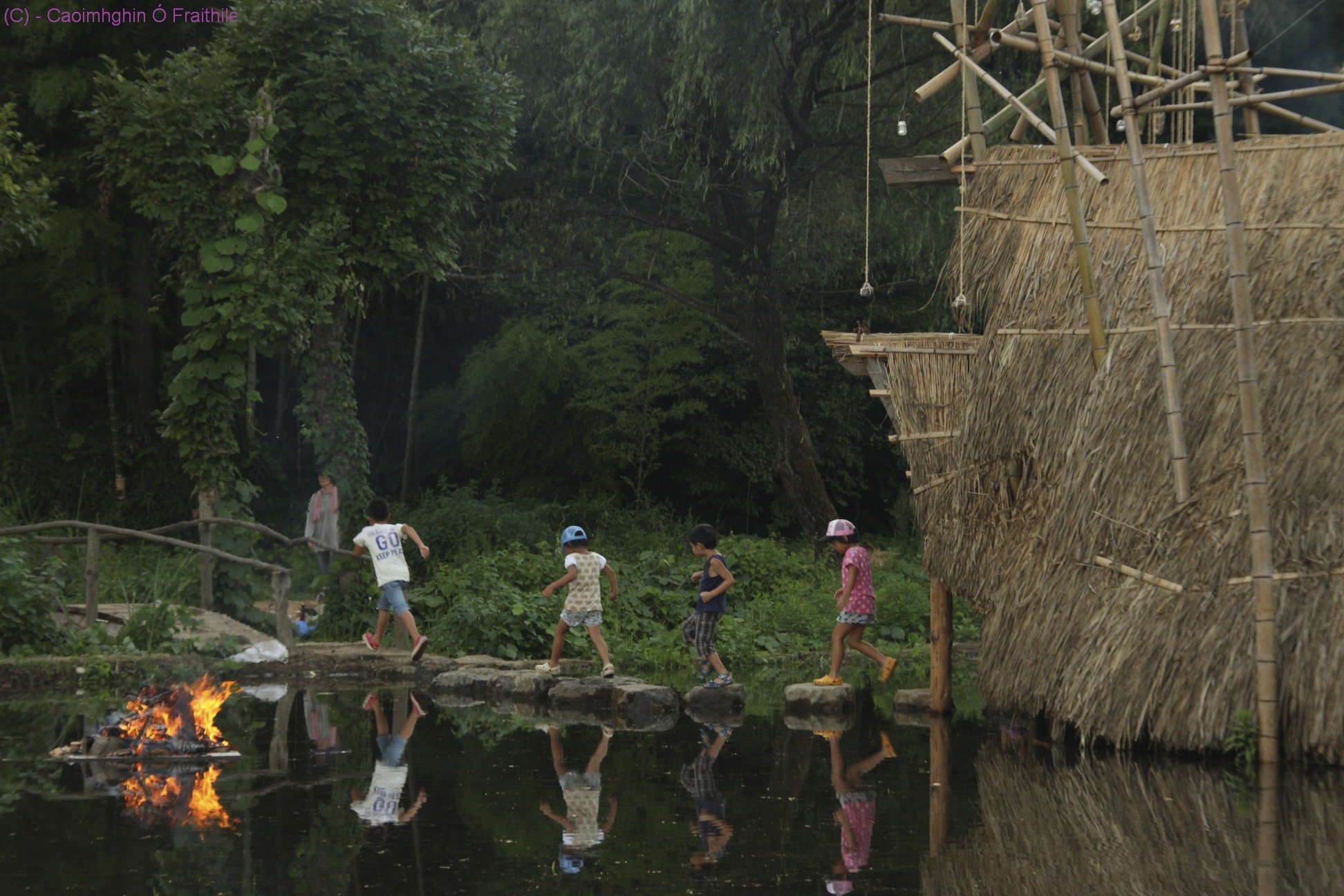 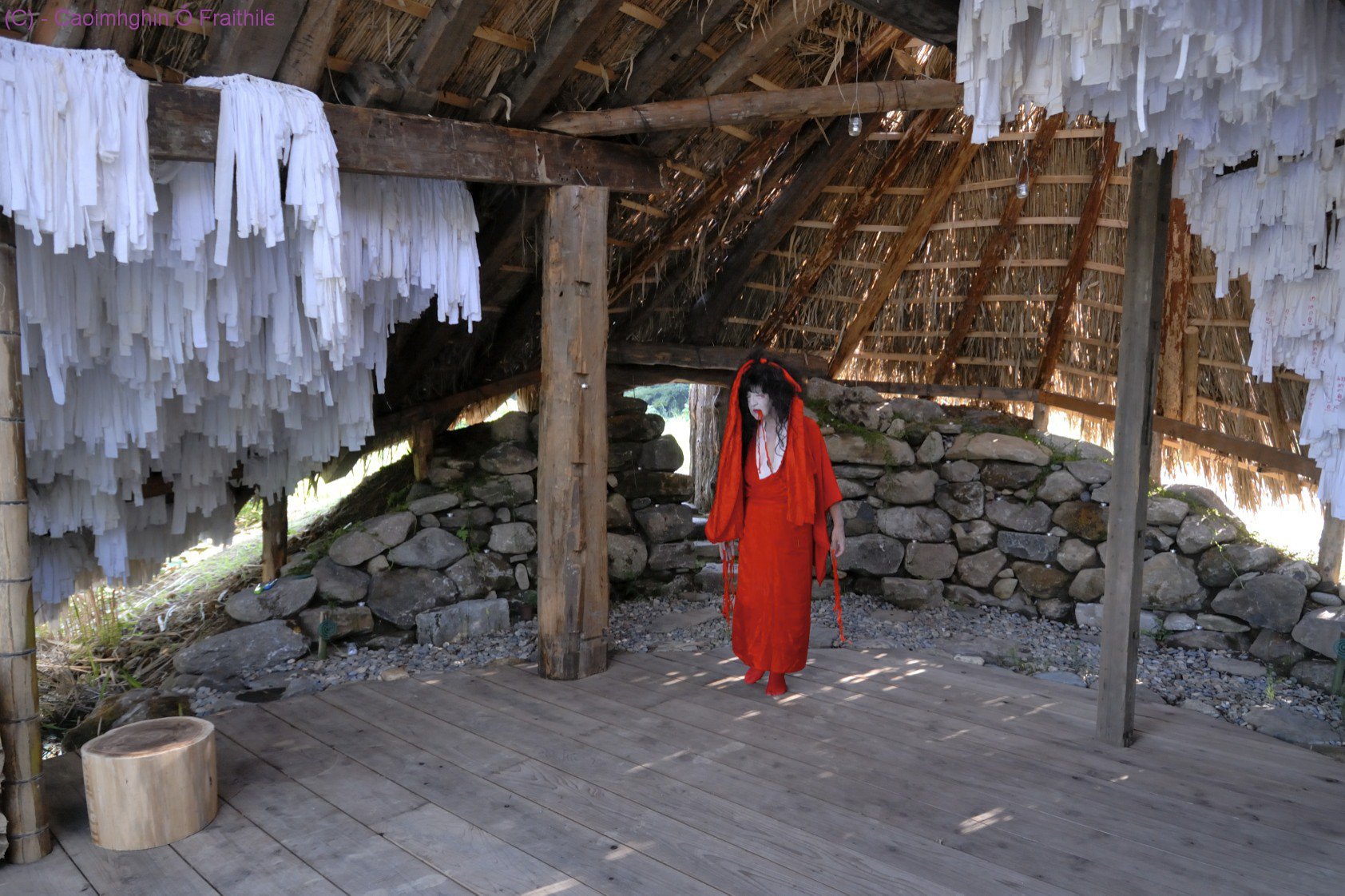 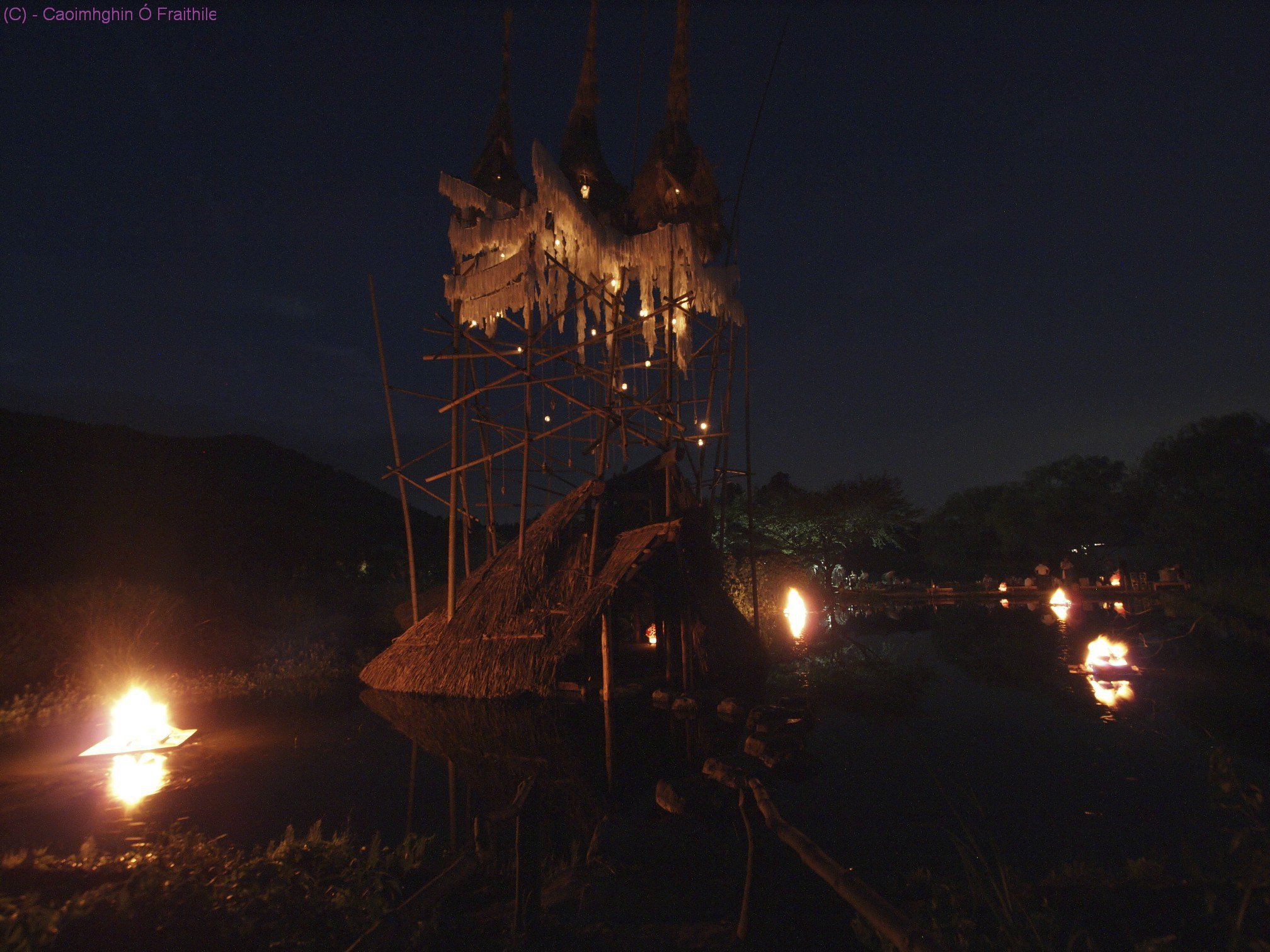 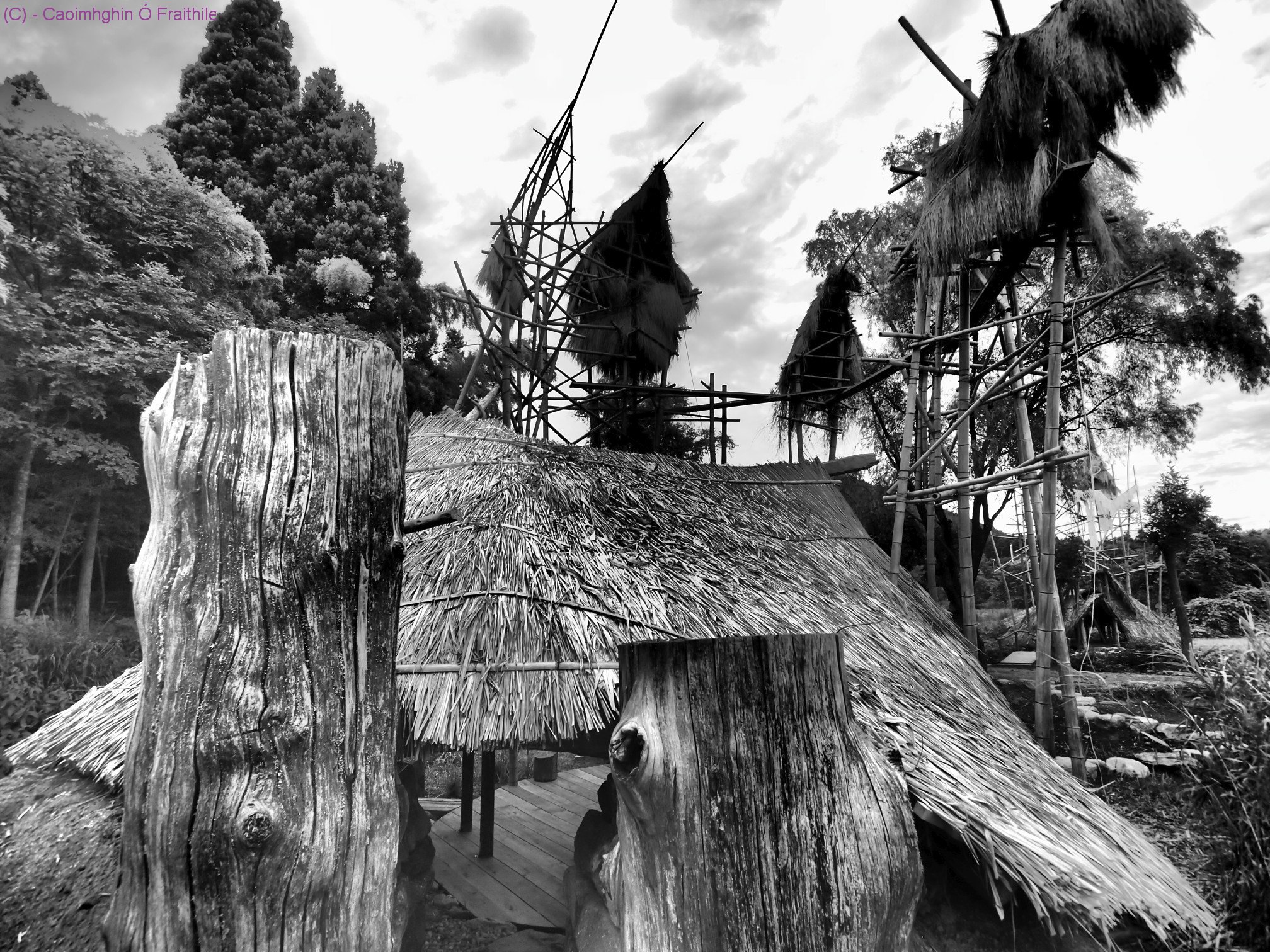